World University Ranking Changes From 2010 to 2014

UnivStats
In Last 5 Years, colleges and universities in top 10 world university raking has not been changed in significantly. Excepting year 2010 - 2011, ten colleges listed below are included in the top 10 list every year. (In 2010-2011, Yale University was ranked in 9th and University of Chicago was ranked in 12th).

Next table and chart show the world university ranking changes last 5 years. (Ranking data from Times Higher Education). Caltech (California Institute of Technology) has maintained its top place, ever since ranked in second place for year 2010-2011. And other 6 US schools and 3 UK schools has included in top 10 list. (As mentioned, excepting University of Chicago for year 2010-2011) 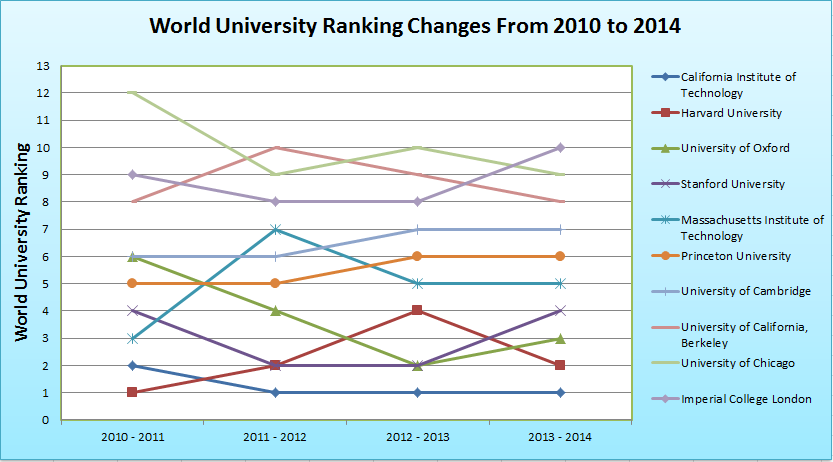 You may want to US college list ranked in World University Rankings for year 2013-2014 at the post 46 US Colleges Ranked in World Top 100.